Leading up to the trip, our team kept busy. We were constantly receiving donations for health kits, which we assembled two weeks prior to the trip. We sorted hundreds of medications to distribute at the clinic. Lastly, we prepared as a team.

The ages of the team members ranged from the teens to the 50’s, but we would not let age interfere with our connection as a group. We viewed it as something to celebrate. It showed  that no one is too young or too old to set an example as a follower of Christ. As we landed in Port-au-Prince, and prepared to drive to Jacmel everyone’s hearts were racing. The entire team was anxious for the week ahead, and ready to see what the Lord had prepared for them. END_OF_DOCUMENT_TOKEN_TO_BE_REPLACED

This Security Message is to inform U.S. citizens residing and traveling in Belize of ongoing threats of crime and an increase in sexual assaults in Belize. The crime threat in Belize is high. Random and organized crime is endemic throughout the country. U.S. citizens have not been singled out by reason of their nationality, but are subject to the same threat as all other persons in Belize. As always, we remind you to take normal precautions to ensure your personal security.

There has been an increase in sexual assaults in Belize. While the primary targets have been younger females walking alone at night, assaults have also occurred during home invasions. U.S. citizens should also be vigilant while driving on the Intelco/Mountain View hill in Belmopan. Local criminals target vehicles traveling up this hill at night and surprise the occupants and rob/assault them. In the most recent incident, a couple was robbed and assaulted, and their vehicle stolen.

Although the majority of reported incidents occur in Belize City, crime may occur anywhere including tourist destinations such as San Pedro Town (Ambergris Caye), Caye Caulker, and Placencia. Exercise caution and good situational awareness in all areas of Belize. Visitors to tourist attractions should travel in groups and stick to the main plazas at Maya ruins. While many theft victims are unharmed and only robbed of personal belongings and cash, victims who resist assailants have suffered injury. U.S. citizens who become victims of a robbery should report it immediately at the nearest police station as well as notifying the U.S. Embassy.

For the latest security information, U.S. citizens living and traveling abroad should regularly monitor the Department’s Bureau of Consular Affairs Internet web site at http://travel.state.gov, where the current Worldwide Caution, Travel Alerts, Travel Warnings, and health information resources can be found. Up-to-date information on security can also be obtained by calling 1.888.407.4747 toll free in the U.S. and Canada or, for inquirers in other areas, by calling a regular toll line at 1.202.501.4444. These numbers are available from 8:00am to 8:00pm Eastern Time, Monday through Friday (except U.S. federal holidays).

U.S. citizens living in or traveling to Belize are encouraged to enroll with the U.S. Embassy through the State Department’s Smart Traveler Enrollment Program (STEP) website at: https://travelregistration.state.gov/ibrs/ui/ By enrolling, U.S. citizens can obtain updated information on travel and security within Belize, and make it easier for the Embassy to contact them in case of emergency. U.S. citizens without Internet access may enroll in person directly with the U.S. Embassy. 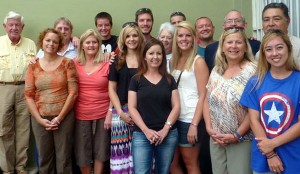 A Health Teams International team went to Honduras July 8 – 22, 2012, for our 3d time at the invitation of our same host family. They are a large prominent 3 generation family who started a church in Honduras’s capital of Tegucigalpa with the same purpose as Health Teams International and that is to reach the unreached with the Good News of the Gospel of Jesus Christ. One of the family members is a pastor, another a M.D., another, an international Spanish speaking Evangelist, and another is married to the Secretary of the Honduran Army. They are the most loving and helpful people I have ever met. Grandma, 85 years old, cooked the whole team safe, delicious, home made suppers every night and we ate in her home.

END_OF_DOCUMENT_TOKEN_TO_BE_REPLACED

Expect a Traffic Jam in Nicaragua

This message alerts U.S. citizens of possible disruptions related to the celebration of San Andres de la Palanca, a Catholic tradition, which takes place August 7-19. The principal activities during this event will be a religious procession that will take place August 7th in the northern part of Managua celebrating San Andres de la Palanca as he is taken to Cristo del Rosario Church. On August 19th, the Saint will return to Ciudad Sandino Church.

Posted on May 3, 2012 in Central America, Mission Trip Update

Another story from the field! Our group travel medical insurance client, Time Ministries, shares this update on a recent trip to the Dominican Republic:

Our group of 6 men went to the Dominican Republic to build a 25 x 36 foot Pavilion in the village of Cercadillo, about 60 miles north of Santo Domingo, the capitol of the DR. Ina York has been tirelessly working in Cercadillo for over 5 years. To see, firsthand, what God has done in the village through Ina is truly unbelievable. END_OF_DOCUMENT_TOKEN_TO_BE_REPLACED