Our intrepid leader is a native Englishman who enjoys fellow UK imports, and The Beatles.

He and his wife Rebecca have been married for 51 years, Graham has four children, ten grandchildren & one great grandchild. A veteran of the US Air Force & Viet Nam veteran, Graham began his insurance career in 1970. In addition to an extensive brokerage marketing background, Graham has held positions as Deputy Commissioner of Health Insurance for the Missouri State Department of Insurance and Assistant to the President of an insurance company. Through his extensive insurance career he has lived in New Jersey, Missouri, Colorado, Indiana, Florida and since 1994 in Arizona.

His international travels include: Europe, Panama, The Bahamas, the Caribbean, Turkey, Mexico, and Korea. He is also the founder of Least of These Ministries and Rebecca’s House Orphanage serving children in Mozambique, Africa.

Adam’s passport has been stamped on five continents. A true world traveler, Adam understands the benefits of travel insurance. “Our most loyal customers are those who have used their international insurance policies—they see it works,” he says.

Adam is a graduate of the University of Central Florida where he mastered surfing while earning his business degree. He enjoys the outdoors, movies and cooking. He has a big appetite and rumor has it he can consume four authentic Philly cheesesteaks in under 24 hours.

His most recent international travels include a honeymoon trip to both Brazil and Argentina where Adam and his wife enjoyed caipirinhas, feijoada and a lot of steak. He has two daughters and hopes to take them one day to surf at Ipanema, Brazil.

Hailing from Illinois, Rachel brings some Midwest flair to ISA. As a music marketing student of Lewis University, she adds bright and cultivating ideas to our internet advertising realm. Rachel has been familiar with the insurance/marketing world having witnessed her father in the same profession for 20 years.

Rachel was a 2 time All-American collegiate volleyball player while attending Lewis University. Her traveling includes England, Scotland and Hawaii. Her and her husband just welcomed their second child into the world. Rachel is also the proud parent of Toby and Nelly, her two dogs.

Suzanne joins the ISA team from the Mid-West. She has 15 years of experience in the international insurance industry and thrives on assuring anyone she encounters has whatever it is they need to make an informed decision. Providing superb customer service is at the core of her existence stemming back to when she was a young girl working for her family’s Dairy Queen business.

Married 11 years, Suzanne has two daughters, a 1 ½ year old Labrador puppy, and a very large “dog like” cat! Suzanne is an avid reader and enjoys golfing, swimming, cooking, and spending her time with family and friends.

She attended high school at Culver Academy, famously known for their Black Horse Troop which has marched in the Presidential inaugural parades since 1912. Her collegiate alma mater is Purdue University, in West Lafayette, IN where she obtained a Bachelor’s degree in Sales and Sales Management.

Grace was with Insurance Services of America for five years before being a stay-at-home mom the past couple of years. She wanted to dedicate her days with her first baby. Grace has just recently joined back to our ISA team. For those of you that Grace had pleasure to serve, would probably still remember her for her prompt service to our customers.

Grace grew up in Vietnam, went to Holland for school and has been a Arizona resident since 2007, so she wants to say she has three home countries. Grace has traveled to S. Korea, Germany, Belgium, Canada and hope to visit with her sister in England in the near future. Grace loves to spend her time doing outdoor activities with her hubby, their little one and their sweet French Bulldog. Grace also loves cooking and traveling to see the different parts of America and the whole world.

Baylie Carroll joined the ISA team in 2017. She serves as a Broker Advisor and Plan Specialist for many agents across the U.S. Baylie recently graduated and obtained an associate’s degree from DeVry University in medical billing, coding, and reimbursement. Excelling in her academics, she graduated as a member of the Dean’s list at her university.

Baylie played volleyball all through her years of schooling. She has been working since she was 14 in the food industry so she is well versed in customer service. She is an outgoing, determined, and hardworking individual. Some would even argue that Baylie is a “workaholic”.

We’ve tried to make your insurance buying experience a simple one, but we know you may have a question or two. 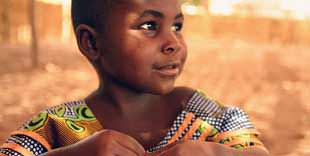 We are sending a team of volunteers to Kenya on a mission trip. This is a first for Heritage Church, and Harvesters International recommended that we look into providing some additional emergency insurance through Insurance Services of America. From the first contact, Adam has been so helpful and cheerful...We have our team now covered for the trip thanks to Adam. We definitely will call her the next time a Heritage team takes an out-of-the country mission trip. Thank you!
– Christine E., Heritage Church

You Can Reach Us By: